by Forward To Eden 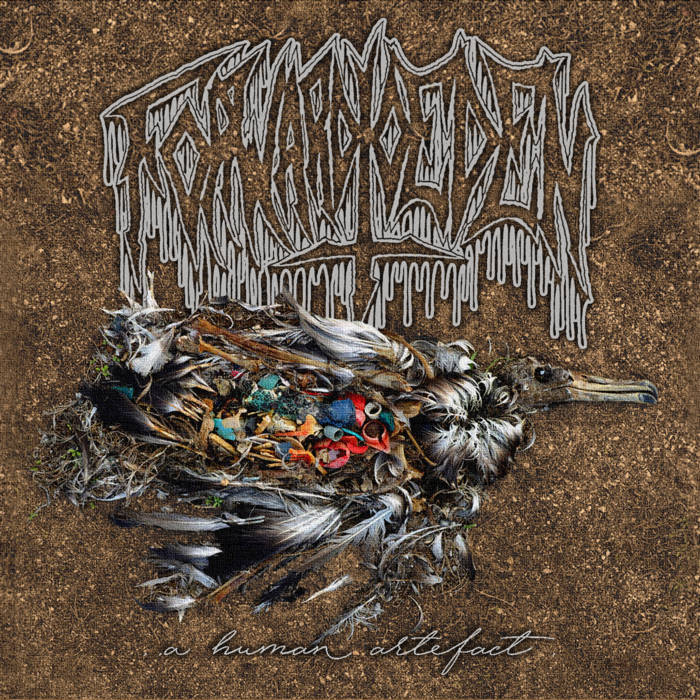 FTE on this recording is: Tim Rule on Vocals, Guitars, Bass & Drums (programming done with the help of Sebastian D.) Everything has been recorded completely DIY in the BBMA Lair and the Castigator Rehersalroom. All lyrics by Tim Rule, inspired by the Vegan Straight Edge. Mixed & mastered by Fre Deconsecrate in his awesome mancave.

Artwork/Photos by Chris Jordan, from his 09's "Midway: Message from the Gyre" Series. These show the carcasses of dead baby albatrosses, choked to death from the lethal quantities of plastic scrap they have been fed by their parents, who couldn't find anything else to eat for them in the vast polluted Pacific Ocean they call their home. For more info, check: www.albatrossthefilm.com
Layout & editing by Tim Rule

Manifesto:
Since humans developed the skills to alter nature, they started to create what the follow-up generations would refer to as "artefacts". A cultural artefact is always something typical and defining for a certain era; something that reflects the spirit of that age. Most of these artefacts occur naturally and unintentionally, they are not primarily made to give information or serve a particular purpose for the posterity; but nevertheless they do. As I understand it, it is a sacred duty to conscientiously deal with the subject of the artefact of our generation and the artefact of humanity as a whole; will it be another object of exorbitant splendour, manufactured by any means, despite any consequences to others with the aim to simply line the pocket of some so-called "elite" individual? Will it be an outstanding piece of craftsmanship; designed to kill in an unprecedented manner, to ensure the survival of a nation or to inflict fear into the hearts of their enemies? When I look at our generation and search for "things that will last" and give an indication about the way of life which surrounds us, I cannot avoid seeing the facts of what the current populace are susceptible to and what those who claim to be in command are responsible for: that every year we discard of around 8,000,000 metric tons of plastic into the oceans - which adds to the 150,000,000 metric tons already impacting upon the survival of marine life, which in turn impacts on the survival of all life on this planet - we are urged to consume and give away our hard earned money to buy obsolete electronic scrap which is already outdated before all the stock has been sold; to make way for new models - so we have to keep purchasing in order to keep up with "progress", landfills are bursting at the seams, as more and more waste is created than designated landfills could possibly contain, leading them to be prone to producing more air pollution and environmental destruction. We have to ask ourselves: What do we want the story which we will tell to future generations to sound like? What do we want to communicate and pass on to the next generation? And, if the days of humanity are already numbered, what do we want the human artefact to be? I do not want to further contribute to a Zeitgeist of war and blight of all that is natural, at the hands of anthropocentric maniacal rulers, who do not speak or act for you or I. I want to instigate a culture of alteration, opting to deliberately become ostracised from the current repulsive miscarriage of justice of the natural law, which surrounds every fibre of our being, from every available angle. To restore the human nature, free from indoctrinated lies and egocentric, self-destructive mindsets, we have to accept our atrocities, change our direction and proceed forward to eden.

Special thanks to: Hardline Charlie, Posi Tom & his Girlfriend, Rat the man, Melli O'Melley and everyone else who helped or inspired me. You are the best.